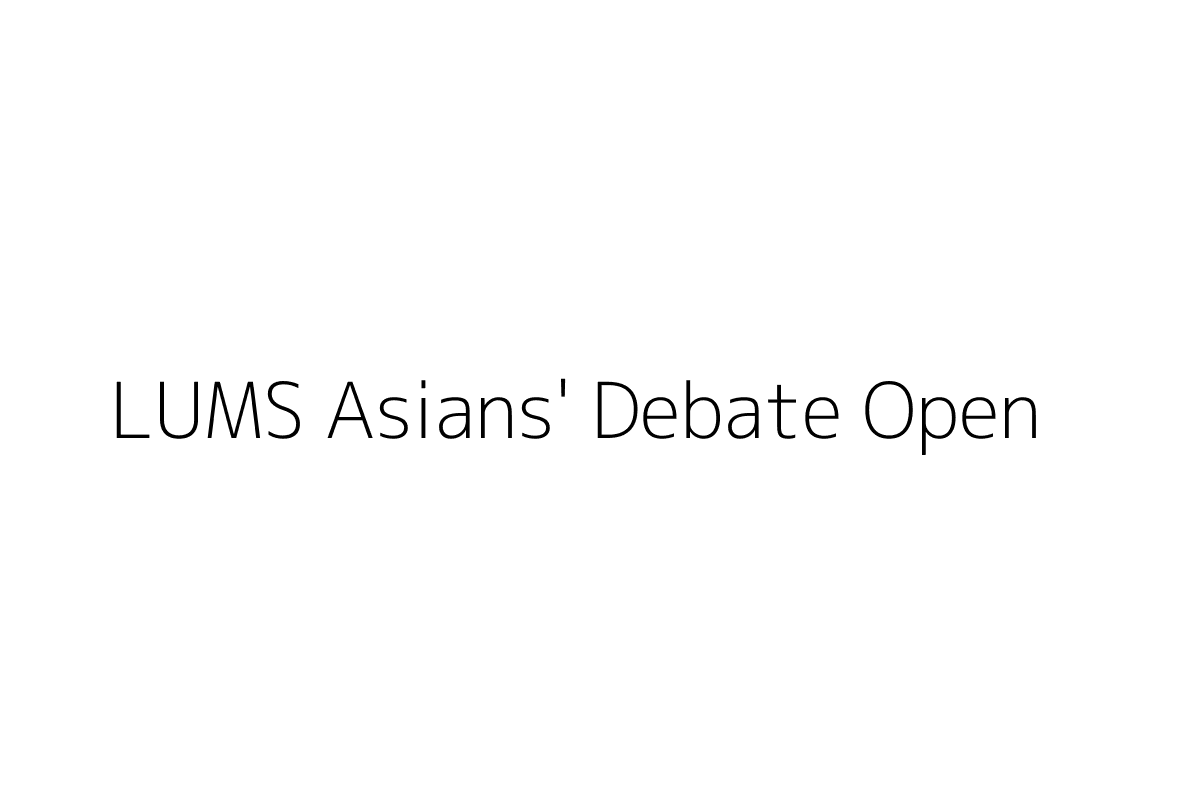 This was a debate tournament in the British Parliamentary debate format, the LUMS Asians’ Debate Open was held (or started on) 4/10/2019. I tried to write down all the motions from all the rounds, but if any of them are missing or are wrong, please contact me and I will change them.

Round 1: TH supports job security legislation
Round 1: This House Would implement substantial measures to impose long-termism in corporate investment culture (eg. minimum holding periods for shares, yearly rather than quarterly financial reporting, long term executive compensation plans)
Round 1: This House Would prohibit hedge funds from purchasing sovereign debt issued by countries nearing insolvency
Round 2: TH, as the BJP, would reinstate Articles 370 and 35(A) of the Indian Constitution.
Round 2: TH, as Xi Jinping, would remove Hong Kong’s Special Administrative Status
Round 2: THR the erosion of national sovereignty by large supranational bodies (eg the EU and the UN)
Round 3: THR the rise of movements based on ethical consumption
Round 3: This House Believes That anyone living above the national median wage has an obligation to donate all excess wealth to charity
Round 4: This House Would implement universal jurisdiction for environmental crimes
Round 4: TH, as Greta Thunberg, would openly denounce capitalism as the root of climate change
Round 4: This House Would prevent climate change deniers from seeking political office
Open Final Motion: TH, as Iran, would cease all support for military groups in the Middle East (e.g. Hezbollah, Hamas, Houthis etc)
Open Final Motion: This House Believes That governments should abandon the strategy of “decapitation” in fighting terrorism. Infoslide: In the context of anti-terrorism, decapitation refers to the strategy of targeting terrorist leaders for assassination.
Open Final Motion: TH, as the Chinese state, would send in the People’s Liberation Army to take back control of Hong Kong