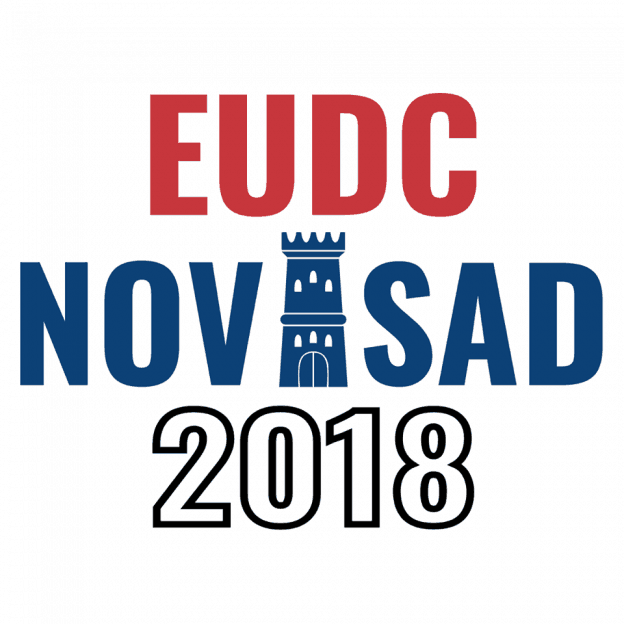 The EUDC in 2018 was first planned to be held in Edinburgh, but was later changed to Novi Sad, Serbia. If you want to follow them on Facebook while it is happening, go here.

Here is the schedule of the event

Here are the EUDC 2018 debate motions:

Round 1: This house believes that the US Democratic Party should move to the left in candidate selection and policy platform.
Round 2: This house believes that State Health Services should allow private companies to run hospitals for profit.
Round 4: This house regrets the glorification of the immidiate postcolonial leaders in Sub-Saharan Africa.
Round 3: This house believes that the state should fund thr creation of, and access to, realistic androids that simulate romantic relationships.
Round 5: This House believes that South Korea should abandon the goal of, and all policies which aim at, Korean reunification.
Round 6:  This House regrets the increasing trend of popular shows featuring neurodivergence* as the central theme. Info slide: * Those whose psychology is non-standard, e.g. for reasons of mental health, mental disability,
Round 7: This House, as Colombia, would cease cooperation with the USA in the War Against Drugs
Round 8: This House Believes That Artists should not participate in the ongoing interpretation of their art
Round 9: This House supports first generation immigrants to Western Europe encouraging their children to fully assimilate and identify with the local culture

Open semi final: This House believes that liberal democracies should constitutionally enshrine the right of regions to unilaterally secede
ESL semi final: THR the decline of labour union power in the West

Open final: This house regrets the shift in the #MeToo movement from victims sharing their experiences to holding specific public figures to account
ESL final: This House supports the promotion of collective guilt after large scale crimes against humanity