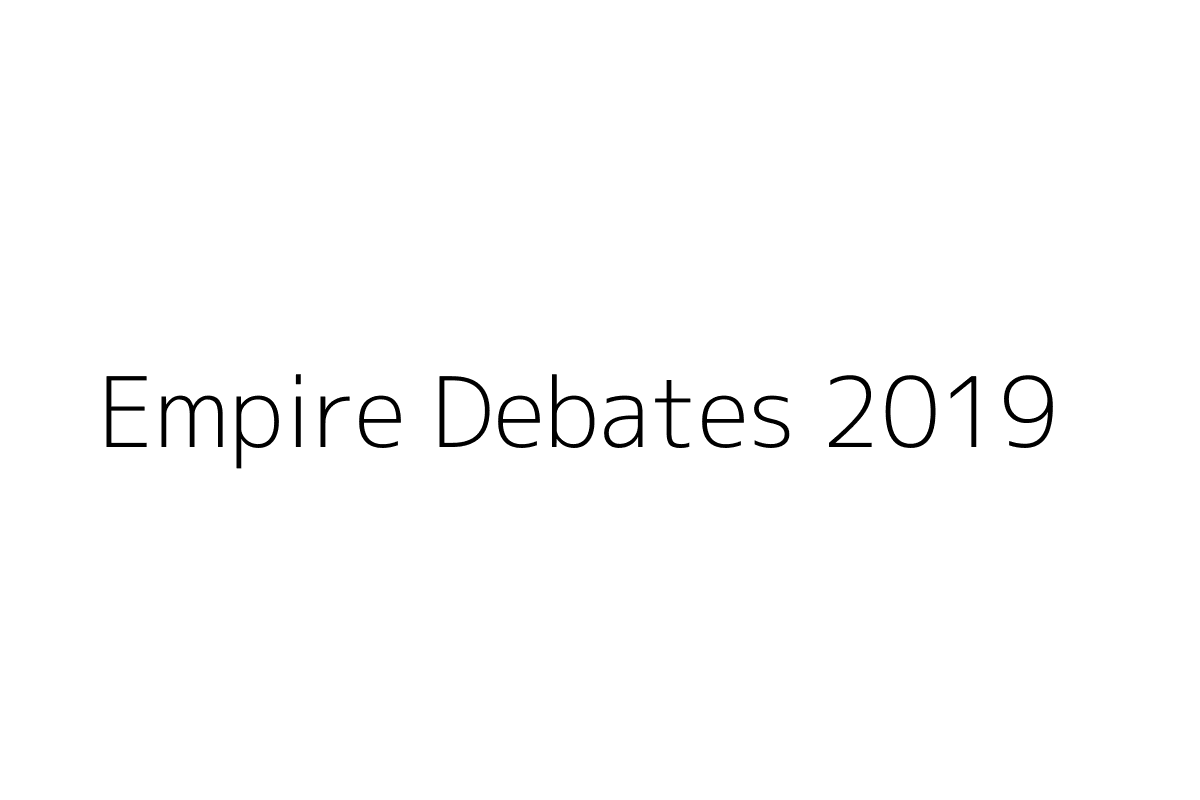 This was a debate tournament in the British Parliamentary debate format, the Empire Debates 2019 was held (or started on) 3/3/2019. I tried to write down all the motions from all the rounds, but if any of them are missing or are wrong, please contact me and I will change them.

Round 2: This House Would establish a content rating system (e.g. the MPAA rating system for movies) for children’s and Young Adult literature – Round 2
Round 1: TH, as a hopeful for the Democratic presidential nomination, would not endorse Alexandria Ocasio-Cortez’s Green New Deal
Round 3: This House Believes That Muslim states in Asia (including but not limited to Malaysia, Indonesia, Afghanistan, etc) should participate in currency, finance, and resource unions with Arab states rather than regional powerhouses (e.g. China, India, Russia).
Round 4: Assuming a world where superheroes exist, TH, as the United Nations, would regulate their engagement in conflicts
Round 5: This House Believes That in times of crisis that threaten the existence of a community (e.g., famine, war, plague, natural disaster, etc), capable individuals from the community have a moral obligation to dedicate their time directly towards ending the crisis instead of pursuing nonessential activities (e.g., playing sports, making non-propagandist/apolitical art, going on vacation to the beach, pursuing education irrelevant to the crisis, etc.
Novice Final Motion: This House Would reallocate public school funding to create a voucher program for the poorest 10% of American households
Open Semi Final Motion: s This House Believes That the United States and its allies should abandon the use of gay rights diplomacy in developing nations.
Open Final Motion: THR the concept of martyrdom