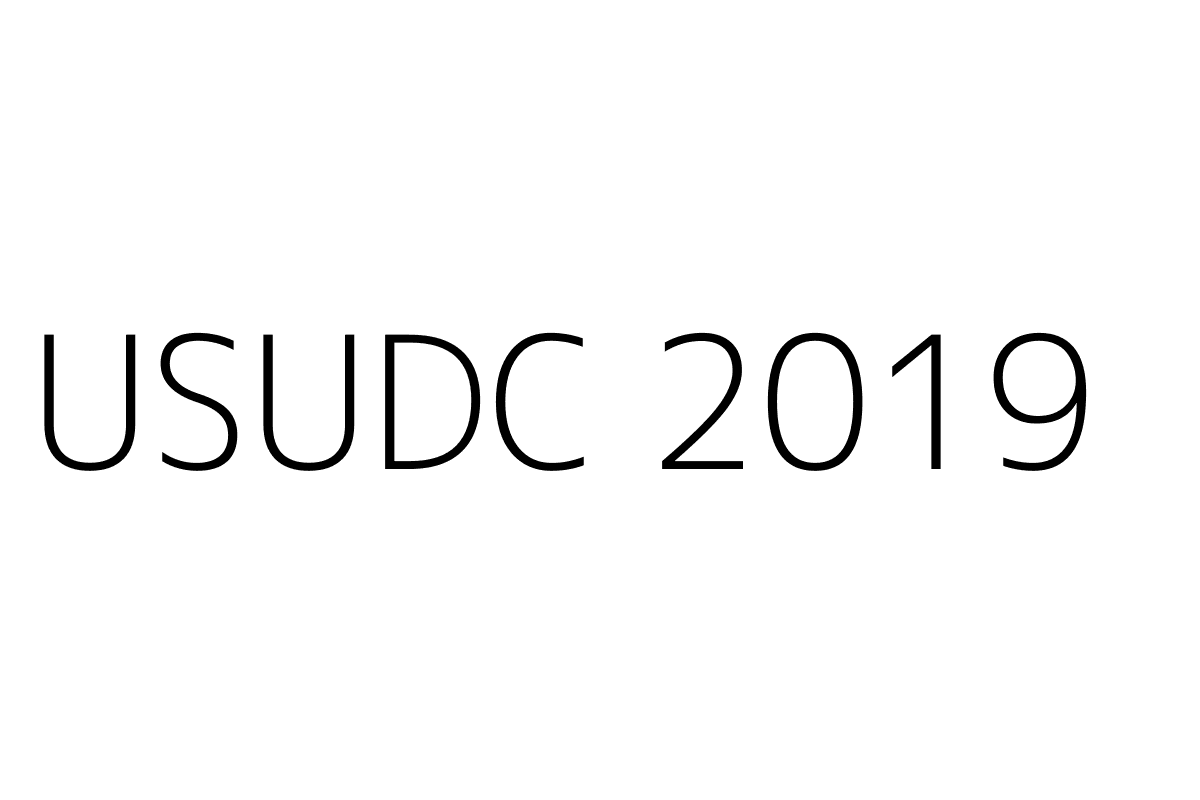 This was a debate tournament in the British Parliamentary debate format, the USUDC 2019 was held (or started on) 4/13/2019. I tried to write down all the motions from all the rounds, but if any of them are missing or are wrong, please contact me and I will change them.

Round 1: THR the decline in influence of ‘gatekeeping’ media institutions (major newspapers, network news, etc.)
Round 2: This House Would no longer require parental consent for administering invasive procedures on adolescents (e.g. piercing and tattoos, cosmetic surgery, sex reassignment surgery, etc.)
Round 3: After popular uprisings resulting in the overthrow of long-time dictators, This House Believes That Western nations should make support (e.g. diplomatic recognition, foreign aid, investments) to the new government explicitly contingent on holding internationally observed elections within 6 monThis House Supports of the dictator’s end.
Round 4: This House Would embrace transhumanist philosophy.
Round 5: This House Believes That secondary education (ages 10-18) should focus on preparing students for local workforce needs rather than focusing on well-rounded basic education (i.e. mathematics, literature, physical and biological sciences, art, history)
Round 6: This House Would pay known gang members to not commit violent crimes
Round 7: THO employer-provided benefits (e.g. health insurance, childcare, retirement investment accounts)
Round 8: This House Would create matriarchal semi-autonomous regions within countries, and provide legal, political, and economic support to them
Novice_Quarters TH, as Japan, would support closing all U.S. military bases on Japanese territory.
Novice_Semis This house regrets the corporatization of higher education.
Novice Final Motion: This supports prison abolition as opposed to prison reform.
Open Quarter Final Motion: THR the stance of U.S. foreign policy in favor of Sunni forces in the Shia-Sunni conflict in the Middle East.
Open Semi Final Motion: s This house regrets the modern idealization of Civil Rights leaders as moderate, pacifist, and respectable.
Open Final Motion: This House Would divide the United States of America into multiple countries
Open Final Motion: This House Believes That LGBTQ+ activists in non-Western countries should use and advocate for LGBTQ+ rights and individuals using their local historical terms (mahjie, hijra, etc.) instead of Western terminology (lesbian, gay, bisexual, transgender etc.).