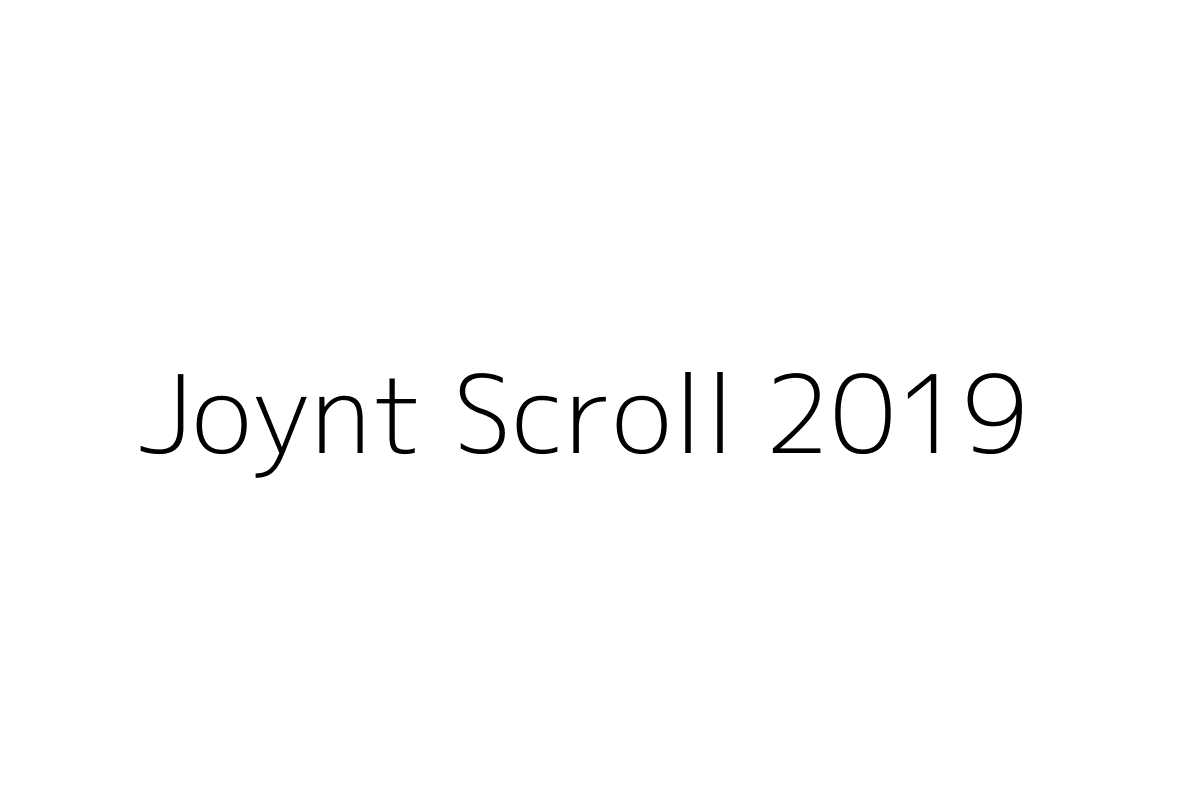 This was a debate tournament in the British Parliamentary debate format, the Joynt Scroll 2019 was held (or started on) 9/6/2019. I tried to write down all the motions from all the rounds, but if any of them are missing or are wrong, please contact me and I will change them.

Round 1: In a world in which the technology has recently been created to impregnate men, TH, as a male partner of a young career-focused woman, would choose to carry their baby.
Round 1: THB LGB people should emphasize their same-sex attraction
Round 1: This House Believes That sporting teams should change their names where they are considered insensitive (e.g. Crusaders).
Round 2: This House Believes That countries should develop and deploy autonomous robot soldiers in conflict zones that are capable of killing people.
Round 2: This House Would militarily intervene in Venezuela
Round 2: This House Believes That African Countries should pivot towards the Global East rather than the Global West.
Round 3: This House Believes That social movements should not adopt works of art as symbols where the artist does not identify with that movement (e.g. the feminist movement adopting the close-up of flowers painted by Georgia O’Keeffee believing the paintings to be sexual depictions of female anatomy; the adoption of the horror fim the Babadook by the queer rights movement).
Round 3: THR docu-dramas that “put people on trial” after their exoneration or death (e.g. Leaving Neverland about Michael Jackson, The People v. O. J. Simpson, The Disappearance of Madeleine McCann).
Round 3: THR pop-culture portrayals of people with chronic or life-threatening illnesses (e.g. Five Feet Apart, Me Before You, The Big Sick, Fault in Our Stars, My Sister’s Keeper).
Round 4: THR the Reformation
Round 4: This House Believes That as the Christian church would teach that the Bible is a historically-based account containing human error, rather than teaching that the Bible is the flawless work of God.
Round 4: TH prefers religions that teach salvation is achieved through certain behaviours (e.g. good works, five pillars of Islam), over religions that teach salvation is achieved through faith alone.
Round 5: This House Believes That members of socially progressive movements should not support harsh punishment of criminals, even when the crimes committed are the opposite of what that movement supports. (e.g. hate crimes; domestic violence; pedophilia)
Round 5: Instead of sentencing offenders to fixed terms of imprisonment, This House Would sentence offenders to indeterminate sentences of imprisonment and release them when they have been rehabilitated.
Round 5: This House Would revoke ISIS fighters’ citizenship, even in instances where that would leave them stateless.
Round 6: THR the decline of trade unions
Round 6: This House Would break-up large social media companies
Round 6: This House Supports wage subsidies in regions with persistent economic malaise (e.g. The Rust Belt, Kawerau).
Open Semi Final Motion: This House Would create special intellectual property rights of indefinite duration for the traditional knowledge and culture of indigenous peoples (e.g. gurana berry processing for the Gurani people of South America; ka mate haka for Ngati Toa; dot paintings for the Papunya Tula people in Australia).
Open Semi Final Motion: This House Believes That Labour MPs elected in Maori seats should publicly criticise any Labour Party policy that hurts Maori.
Open Semi Final Motion: TH, as a parent, would send their children to a kohanga reo school (Māori immersion schools).
Open Final Motion: This House Believes That the UK Parliament should cancel Brexit
Open Final Motion: This House Believes That NZ should return to First Past the Post (FPP)
Open Final Motion: THR the narrative that people who are members of marginalised groups (e.g. queer people, people of colour, indigenous people) should only vote for left-wing parties and politicians.