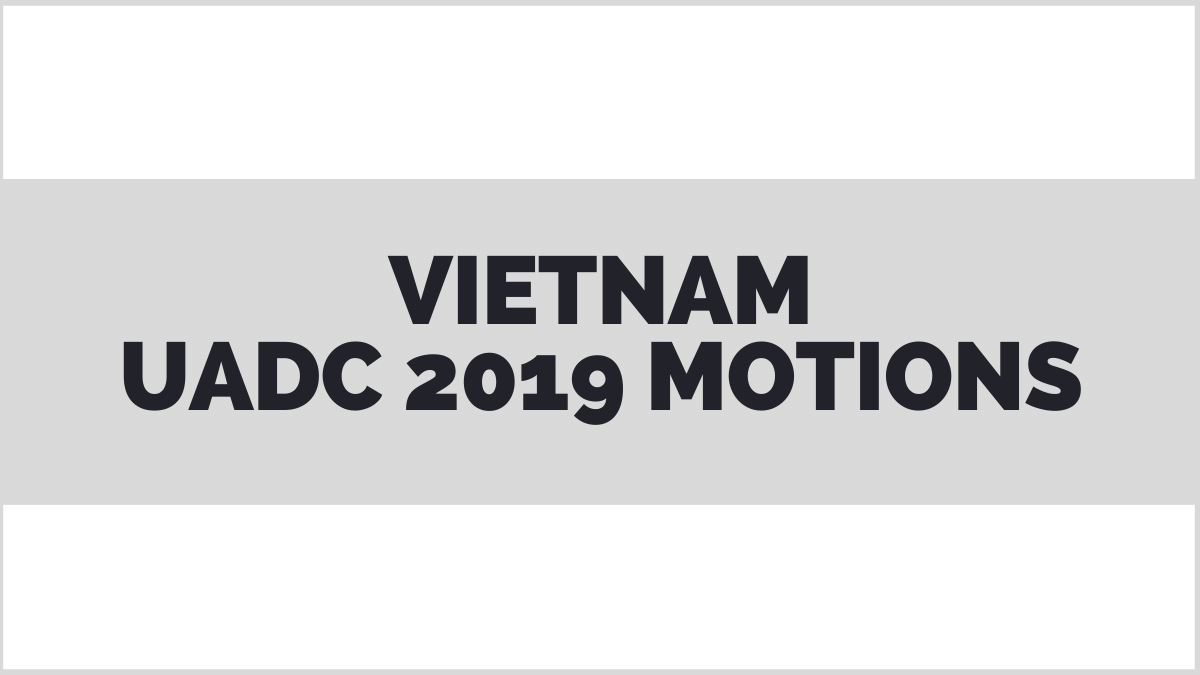 Round1:
THBT all decisions about children’s health should be made by medical professionals and not their parents
THW ban all marketing for sugary products including but not limited to all advertising and design packaging
THW remove all regulations on Potentially Reduced Risk Products (e-cigarettes, nicotine patches, vapes, tobacco heating products, etc.) as a strategy to combat cigarette consumption.

Round 2:
THW allow parents to sue their children for abandonment.
THBT children of minority communities should prioritize developing their communities as opposed to seeking personal success elsewhere.
TH prefers a world where all relationships (platonic and romantic) are pursued without the intention of achieving long-term sustainability

Round 3:
THBT governments should not provide preferential treatment to local firms when allocating investment incentives
THW allocate a significant proportion of non-dividend shares in a company to associations or unions formed by the consumers of the company
THBT companies in the gig economy (Uber, Grab, Gojek, Pathao etc.) should be required to provide contractors who work as long as full-time employees with the same benefits as full-time employees

Round 4:
THS geo-engineering as the primary tool of combating climate change
THW abandon the narrative that consequences of climate change are apocalyptic* in nature
THW prohibit traitional energy corporations from promoting their Corporate Social Responsibility initiatives that focus on green technology

Round 5:
THR the fall of the Muslim Brotherhood government in Egypt
THBT the United States should halt all efforts to overthrow the Maduro regime
TH, as the United States, Would not military intervention

Round 6:
TH, as the transgender community, would oppose the use of female-image consultants by trans women
TH, as the Feminist movement, should doxx women whom they believe have falsely accused men of sexual harassment (e.g. Amber Heard)
THBT intersex athletes with elevated testosterone levels should not be allowed to participate in women’s athletics without undergoing hormone therapy

Round 7:
THBT progressive political candidates should not accept large donations (cash, product or services) from rich donors/corporations
TH prefers a world where political discourse does not include discussions of any candidate’s personal experiences or character
THBT the US Democratic Party should restrict the number of candidates announcing Presidential runs for 2020

Round 8:
TH prefers a world where there are fewer but larger charitable organizations combating poverty
THW require all parents to set up a child trust fund* as a precondition to having children
You are the CEO of a charity which provides educational scholarships to students from a poor ethnic minority with historically low graduation rates, you discover that your program has not resulted in significant improvement in those students’ graduation rates. THW hide the data

Octofinals:
TH, as South Korea, would recognize North Korea as a nuclear power
THBT developing countries in Asia should reject the adoption of Huawei technology
TH, as the India National Congress, would appeal to religious nationalism as a political strategy

QuarterFinals
THBT the pro-choice movement should adopt the strategy of interpreting the scriptures in favor of abortion
TH, as organizations within Abrahamic faiths, would abandon the notion that followers have a moral duty to proselytize