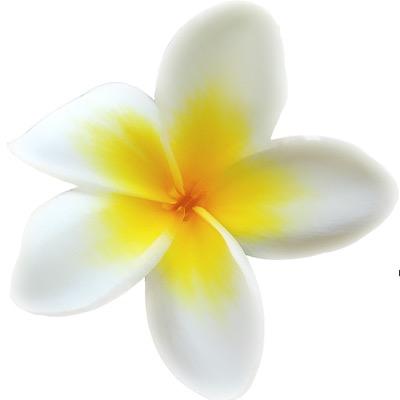 Round 2: Women
This house believes that governments of conservative societies should financially incentivize men to be house-husbands
This house, as a woman, would vote for Hillary Clinton
In order to address the wage gap, This house would impose a higher income tax on men

Round 4: Technology
This house would nationalise all internet search engines (e.g. Google Search)
This house would not recognise a right to be forgotten online
This house believes that first world countries should criminalise mere access to the deep web
(Definition: The deep web is the part of the World Wide Web that is not discoverable by means of standard search engines and typically contains illegal or subversive content.)

Round 5: Economics
Thio house would only allow people to obtain credit credits if they exceed the average national income per person
This house supports the use of economic terrorism to fight against unfair trade practices of large nations, such as currency manipulation and trade-distorting subsidies
(Definition: Economic terrorism is an attempt by a non-state actor of a coordinated destabilisation, in order to disrupt the economic and financial stability of a state, including but not limited to, aggressive market tactics, hoarding dollar reserves for currency manipulation and physical attacks to ports.)
This house believes that EU nations should abandon austerity measures in favour of deficit-spending

Round 6: Refugees
This house would give automatically grant refugees citizenship; if the conflict they are escaping from continues for an equal amount of time it takes for a person to acquire citizenship in the sheltering nation
This house believes that people who consented to be smuggled across borders but arelater trafficked, should be considered as illegal immigrants, rather than as victims
This house supports Australia paying developing countries (e.g. Cambodia, Papua New Guinea) to take in its refugees

Round 8: Social Liberties
This house believes that Western Liberal Democracies should not allow drawing competitions of the Prophet Muhammad.
This house would make labour union membership mandatory
This house prefers using referendums instead of the courts in deciding the legality of civil rights

Open Pre-Octofinals: Environment
This house, as an environmental activist, would not engage in carbon offsetting
(Definition: Carbon offsetting is when a person attempts to reduce their emissions of greenhouse gases in order to compensate for their own carbon-heavy emission.)
This house would ban any speech and publication denying man-made climate change
This house regrets fossil fuel divestment campaign
(Definition: Divestment campaign is a movement to lobby for people to refrain from investing OR for holders of stocks, bonds, or investment funds to sell their shares in fossil fuel companies)

Open Quarterfinals & EFL Pre-Quarterfinals: LGBT
This house believes that the state should pay reparations to homosexuals after it recognises marriage equality
This house would not publish the names of donors to ballot initiatives, such as Proposition 8
This house regrets granting the ESPY Courage Award to Caitlyn Jenner
(Context: Caitlyn Jenner is a transgender who was born biologically male. She was formerly known as Bruce Jenner, a former Olympian athlete and a reality show celebrity in “Keeping Up With The Kardashians”.)

EFL Quarters: Elections
This house would ban all forms of election-related polls, such as election forecasts and public opinion polls
This house believes that states should not allow individuals with dual citizenship to vote in either of their national elections, unless they give up one of their citizenship status
This house would mandate a quota of seats for young politicians (i.e. 18 to 30 year-olds) in the Parliament

Open Semifinals & EFL Semifinals: Philosophistication
Given the trolley problem, This house would not do anything
(Definition: The “trolley problem” is a thought experiment in ethics. The general form of problem is the following: There is a runaway trolley speeding down the railway. Ahead, the trolley is heading towards five people tied up and it will end up killing them. Next to you, there is a lever that allows you to switch the track that the trolley is on to a track that will kill one person only. Do you pull the lever or not do anything?)
This house would allow the enforcement of “moral agreements” between private citizens, including the mutual agreement on the punishment administered
Assuming the technology exists, This house would forcibly return his memories
(Situation: A man who is married with two kids is living a happy life. He got into a terrible accident while alone on vacation, suffered from permanent amnesia and goes missing. Subsequently, he has established a new life and is happily living with his new family. A friend has discovered him and offered to re-introduce him to his old life. He refuses to return to his old life.)

EFL Finals: Religion
This house believes that secular democracies with substantial religious communities should not allow a separate legal system for those communities (e.g. Syariah Law, Canon Law)
This house would recognise religious indoctrination as a mitigating factor in criminal sentencing
This house, as the atheist community, will not support Dawkin’s “God Delusion” publication
(Context: Richard Dawkin’s best-selling “The God Delusion” book sets out to prove that God does not exist and a personal belief in God qualifies as a delusion and an insanity.)