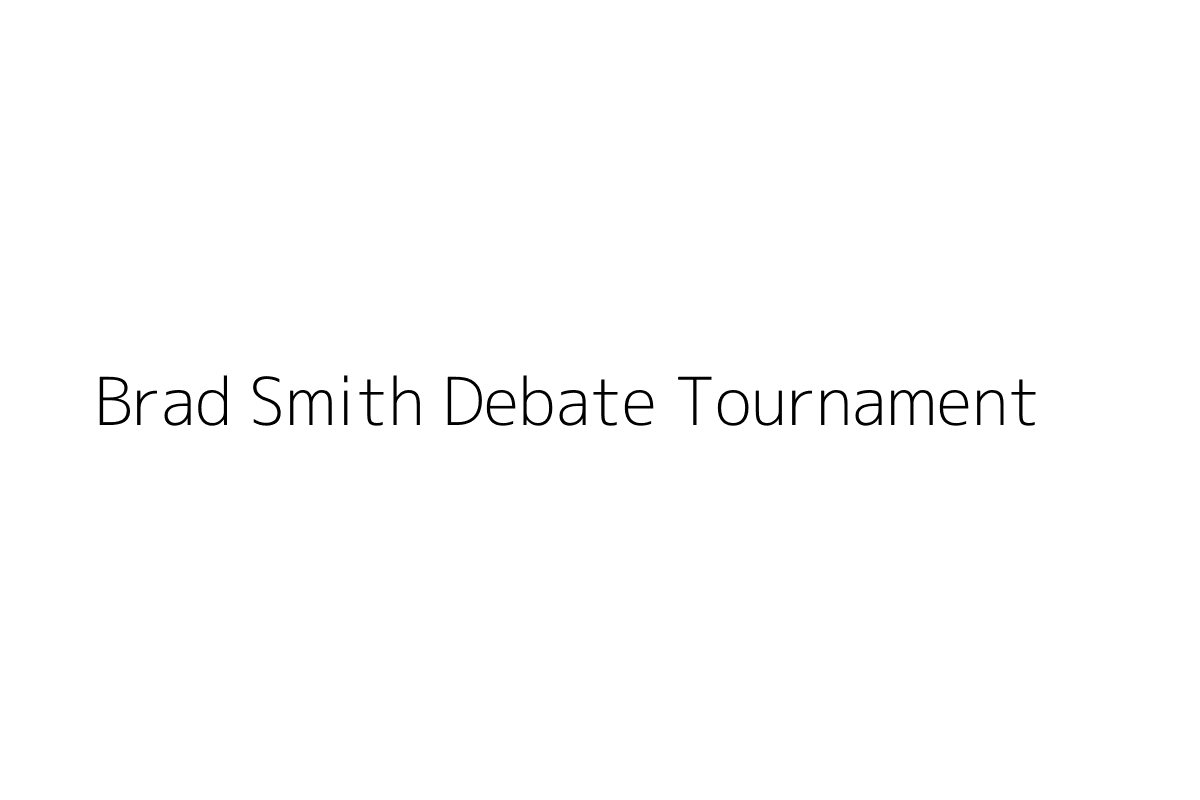 This was a debate tournament in the British Parliamentary debate format, the Brad Smith Debate Tournament was held (or started on) 1/18/2019. I tried to write down all the motions from all the rounds, but if any of them are missing or are wrong, please contact me and I will change them.

Round 1: THP a world without state-funded news organizations (e.g. BBC, AlJazeera, China Xinuan News, Russia Today (RT), etc.)
Round 2: This House Would expand the legal definition of a “false police report” to include reports made with minimal information, or reports that could reasonably be considered unnecessary.
Round 3: This House Believes That the development of highly realistic virtual reality technology for recreational use does more harm than good.
Round 4: THP state capitalism over liberal capitalism.
Round 5: This House Supports governments donating the organs of an individual after death, even against the wishes of that person or their family
Round 6: This House Would require participants of institutions from former colonial powers to pay higher registration fees when attending large-scale international events (such as academic conferences, sporting events, debate tournaments, etc.)
Open Quarter Final Motion: TH as the OIC would cease business with China (eg freezing assets, boycotting firms, imposing tarrifs, imposing sanctions) until the Uighurs are given safety and religious liberty
Open Semi Final Motion: s This House Believes That disruptions of the government (eg fillibusters, civil servant strikes, and government shutdowns) are a legitimate political tool
Open Final Motion: This House Believes That extreme economic need should be grounds for asylum