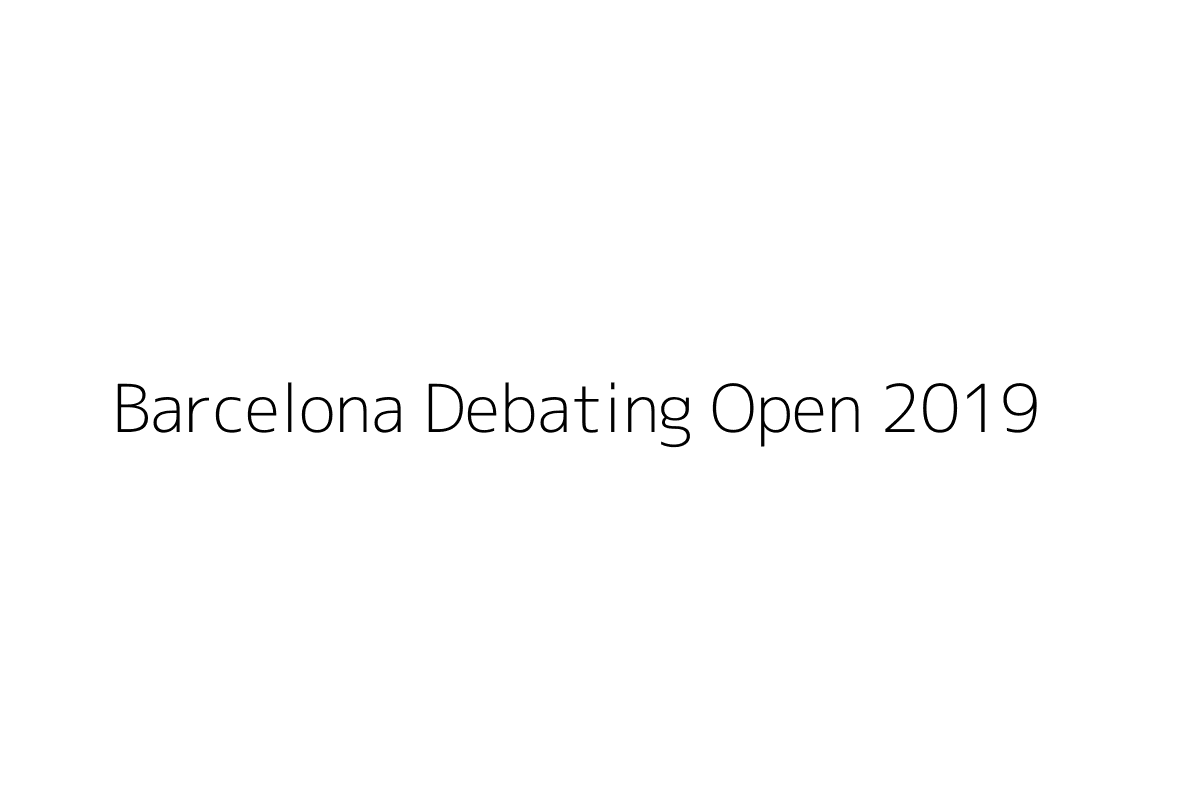 This was a debate tournament in the British Parliamentary debate format, the Barcelona Debating Open 2019 was held (or started on) 4/5/2019. I tried to write down all the motions from all the rounds, but if any of them are missing or are wrong, please contact me and I will change them.

Round 1: This House Would make the number of votes an individual has inversely proportional to their wealth (i.e. the more wealth an individual has the fewer votes in an election).
Round 2: This House Would grant senior military officers a veto over military decisions made by politicians (e.g. troop deployments, specific missions).
Round 3: TH supports social movements having strict standards for what members should believe e.g feminists excluding pro-life feminists from the Women’s March.
Round 4: This House Believes That developing countries with substantial natural resources should nationalise natural resource production.
Round 5: TH prefers secular governments that exclude all religion from public spaces to those that allow unlimited religious expression.
EFL_Final This House Believes That mainstream Spanish political parties should operate cordon sanitaire policies towards radical populists (e.g. VOX).
Open Semi Final Motion: This House Believes That that feminists should not use rhetoric about women being more empathetic or caring than men as part of their advocacy (e.g. “Women are good leaders because they are more compassionate”).
Open Final Motion: TH prefers a world where the majority believed in determinism over one where the majority believed in free will.