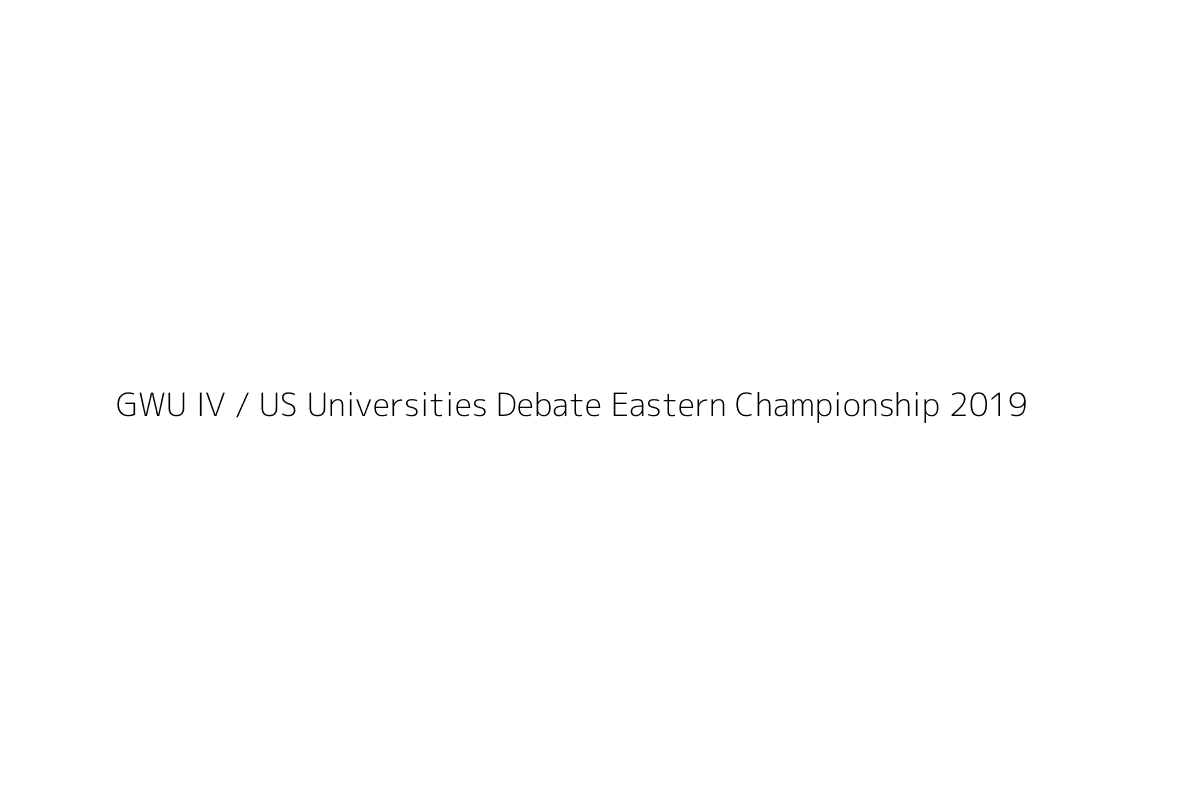 This was a debate tournament in the British Parliamentary debate format, the GWU IV / US Universities Debate Eastern Championship 2019 was held (or started on) 2/22/2019. I tried to write down all the motions from all the rounds, but if any of them are missing or are wrong, please contact me and I will change them.