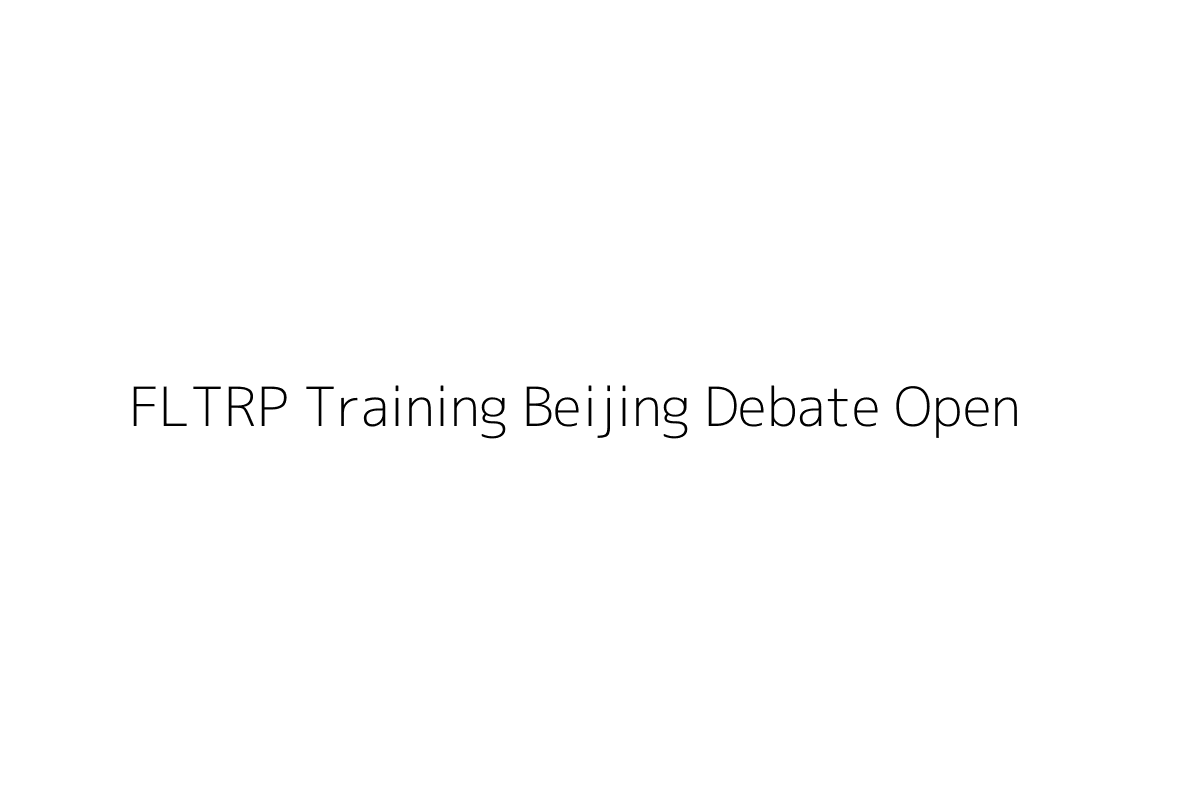 This was a debate tournament in the British Parliamentary debate format, the FLTRP Training Beijing Debate Open was held (or started on) 2/20/2019. I tried to write down all the motions from all the rounds, but if any of them are missing or are wrong, please contact me and I will change them.

Round 1: This House Would ban personal accolades in team sports
Round 2: This House Would make it a war crime to kill child soldiers in any circumstance
Round 3: in developing nations, This House Believes That workers should be allowed to trade off their employment benefits (eg pensions, health insurance, protections from labor laws) in exchange for higher wages
Round 4: th, as the actress would accept the role
Round 5: This House Would subsidize youThis House Supports that opt into entrepreneurship instead of pursuing university degrees (designing, launching, and running a new business eg start ups)
Novice_Semi This House Would relocate refugees to countries based solely on the receiving countries’ level of economic wealth
Novice Final Motion: thr the recreational ownership of pets
Open Semi Final Motion: th, as the us Democrats, would agree to fund trump’s border wall in exchange for increased gun control measures
Open Final Motion: thr the glorification of altruism
Open Quarter Final Motion: This House Would set a cap on the personal wealth an individual is allowed to own (including the value of shares that individuals own in companies