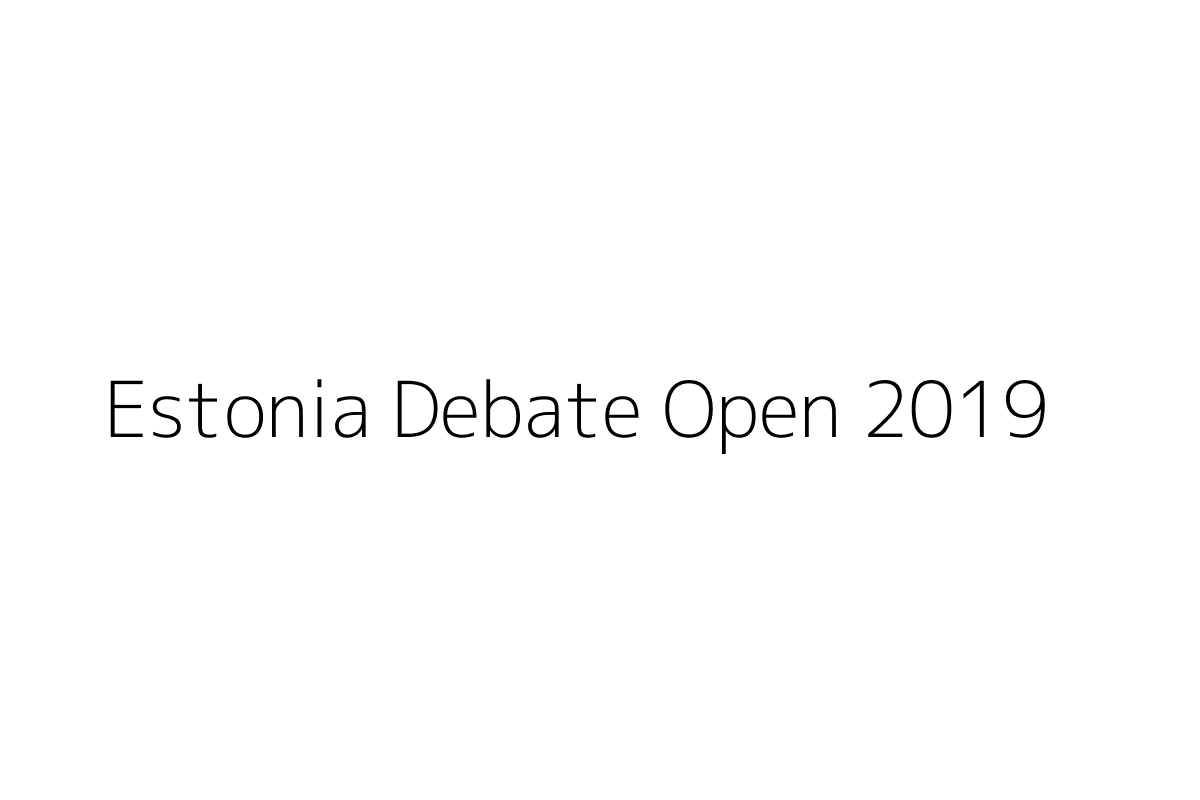 This was a debate tournament in the British Parliamentary debate format, the Estonia Debate Open 2019 was held (or started on) 4/6/2019. I tried to write down all the motions from all the rounds, but if any of them are missing or are wrong, please contact me and I will change them.

Round 1: This House Supports the use of local lay judges in minor legal cases
Round 2: This House supports the US’s use of economic warfare (eg. tariffs, targeted sanctions, etc.) against China in order to force compliance with the rules of the global economic order (eg. opening up its economy, protecting intellectual property, not engaging in currency manipulation, etc.)
Round 3: This House Would ban the research, production and use of lethal autonomous weapons
Round 4: TH regrets the Westernisation of the elites in post-colonial societies. (e.g. speaking predominantly in English, wearing western clothing, going to schools and/or universities in the West, consuming predominantly Western media)
Round 5: This House Believes That shrinking cities should be allowed to impose an “exit tax” on leaving businesses
Novice Final Motion: This House Believes That liberal states should sponsor the hacking of infrastructure designed to limit freedom of speech in authoritarian states
Open Semi Final Motion: TH, as the UK conservative party, would hold a second Brexit referendum
Open Final Motion: TH prefers a world in which the prevailing norm is one of serial monogamy rather than monogamy